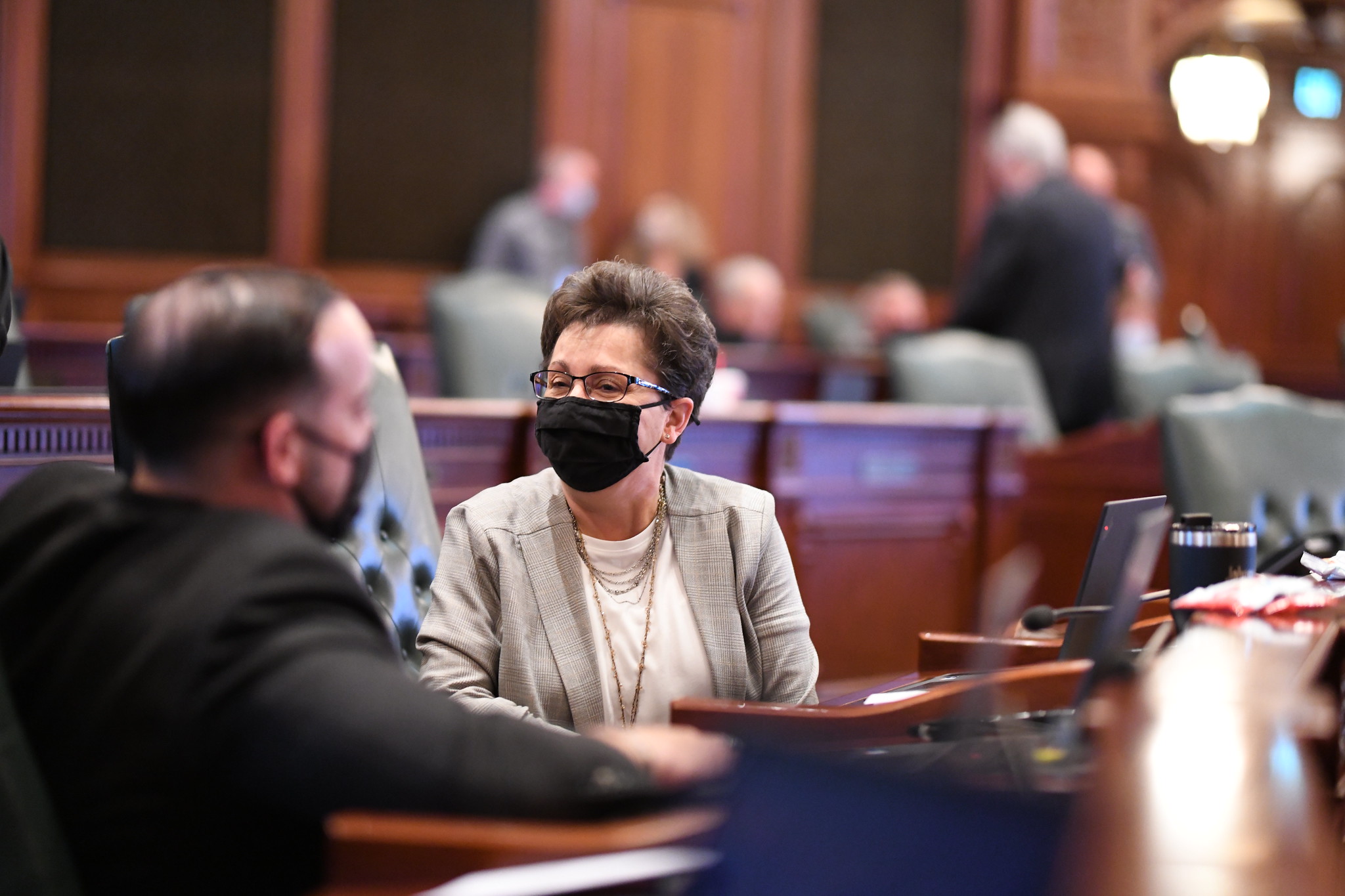 “The Healthcare Right of Conscience Act has long been held as a model for the nation as a protection of your sincerely held religious or moral beliefs and is a critical safeguard. That is why I voted no on SB 1169. Unfortunately, the Democrat majority pushed these changes to the HRCA through committee and passed it on the floor, despite over 50,000 Illinois residents filing witness slips in opposition. It is extremely disappointing to watch the Democrat majority ignore the voices of thousands of Illinoisans and push their own personal agendas. This is an extremely dangerous, slippery slope we are on: our Governor has steamrolled changes to our current, decade’s long laws to reinforce his failing public policies. We cannot continue to sideline the voices of Illinois residents—or the democratic process any further.”

“Parental Notification is about protecting the safety of our young girls and the rights of parents. The danger of the Democrat’s legislation to repeal PNA is not just that it strips parents of the right to be informed about serious medical decisions their children are making – it’s also the danger it poses to children who are being sexually abused, exploited, or trafficked. I do not support the repeal of Parental Notification. I voted no HB 370. Despite the passage of this legislation, I will continue to work to protect the safety of young girls and the rights of their parents and guardians.”

“Both the district and congressional map drawing processes were anything but transparent. They lacked input from the public and were released with such short notice that there wasn’t adequate time to review them. The congressional map drawn by the Democrats stands to be one of the most gerrymandered maps in the entire country. The Democrats drew this map in order to maximize their control over our state for the next decade – not to represent the best interests of Illinoisans. I voted no on this extremely disappointing map and will remain diligent in opposing partisan, gerrymandered maps.”