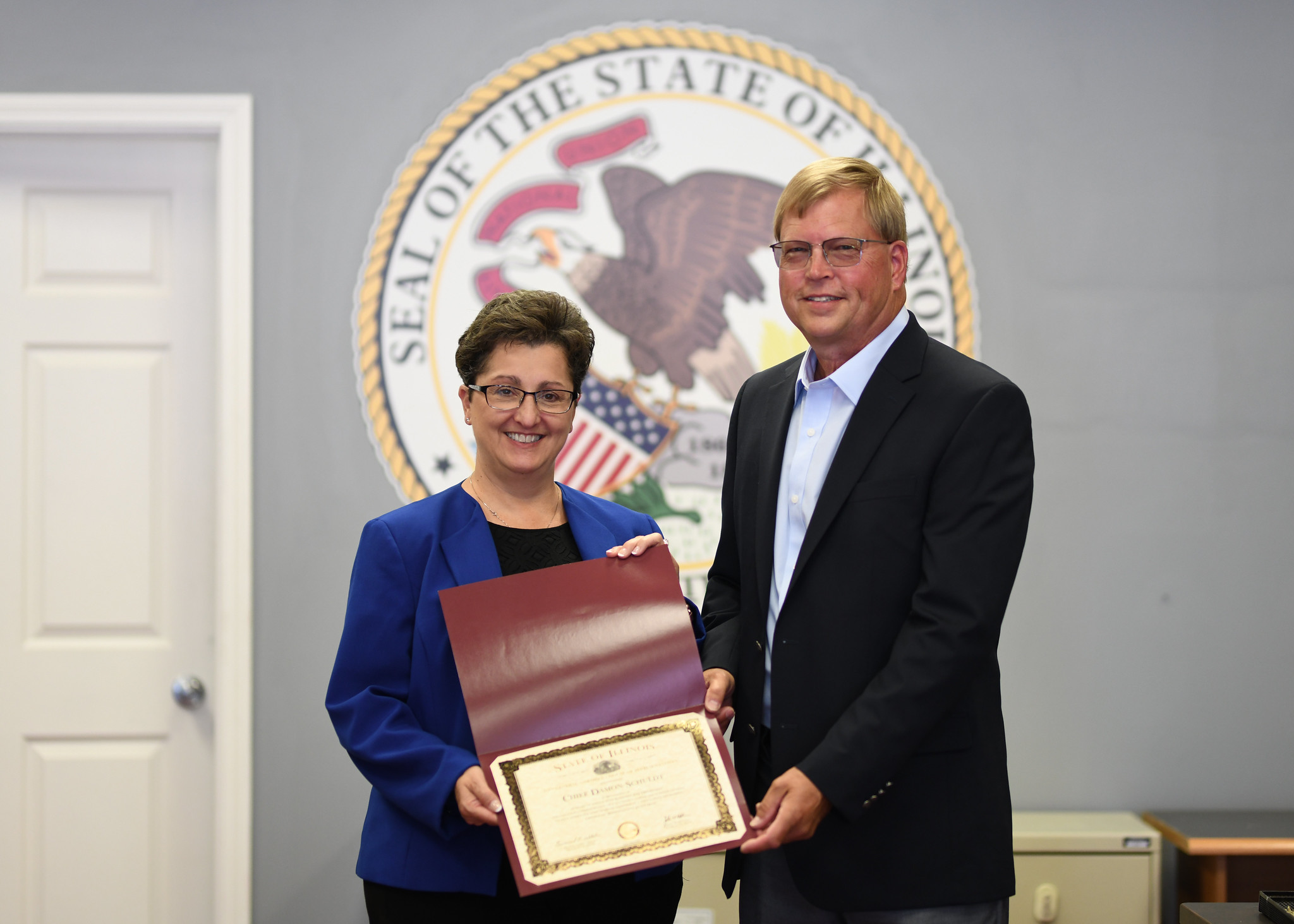 Schuldt served as Kankakee’s Chief from May 2017 through his resignation from the post in late April of this year. Schuldt began his career as a firefighter and paramedic in October 1984 for the Milford Fire Protection District. In September 1989, he moved to the Bradley department for a brief stint until he joined the Kankakee department in December 1990, from which he retired after more than 30 years of service.

“No certificate could possibly come close to the praise Chief Schuldt deserves, but I would be remiss not to officially recognize his impressive career in some small way. As the daughter and wife of a firefighter, I am intimately familiar with the sacrifices made in service to our community—not only by Chief Schuldt, but also by his wife and children. On behalf of the residents of the 79th District: thank you for your commitment and dedication to Kankakee,” said State Rep. Haas. Chief Schuldt commented, “I am grateful to Rep. Haas for the acknowledgement. It is greatly appreciated. Jackie does a lot to support her constituents and for the citizens of Illinois.”

During Schuldt’s tenure, the Kankakee Fire Department received the best fire rating for the city, an ISO (International Organization for Standardization) “1” rating. That placed Kankakee’s department in the top 2 percent of fire departments in Illinois and the United States. Schuldt also earned the Chief Fire Officer designation through the Center for Public Safety Excellence Commission on Professional Credentialing in October 2020. He is one of only 1,400 fire chiefs to achieve the designation, which recognizes individuals who demonstrate excellence in experience, education, professional development, professional contributions, association membership, community involvement and technical competence.