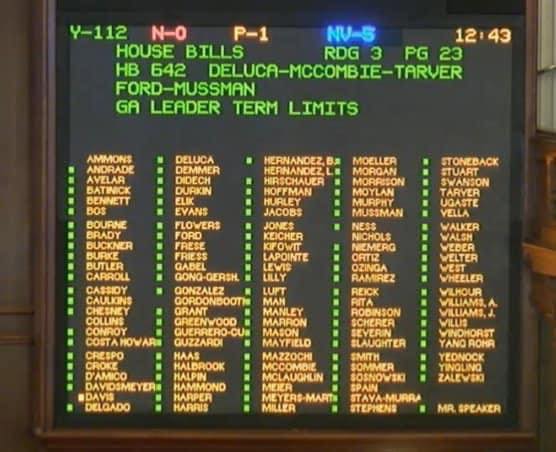 Next, House Bill 642 will advance to the Senate for consideration. The bill was approved unanimously in the House, indicating lawmakers’ inclination toward restoring the public’s trust in state government. If enacted, the measure would take effect at the start of the 103rd General Assembly in January of 2023.

“Instituting statutory term limits on leadership positions of the Illinois General Assembly is a historic achievement that I am proud to have co-sponsored and supported. Illinoisans have paid the price of corruption resulting from political power being too concentrated for too long. Today’s vote marks a meaningful step in the right direction”, said Rep. Haas upon passage of the bill.

In addition to HB 642, Rep. Haas has supported a number of other bills that advocate for ethics reform, which is a core component of the House Republicans’ “Reimagine Illinois” platform: ending the culture of corruption. Rep. Haas and her caucus colleagues have filed more than 80 pieces of legislation that propose to do just that.

You can learn more about Reimagine Illinois at reimagineillinois.com. Sign the petition to show your support here!